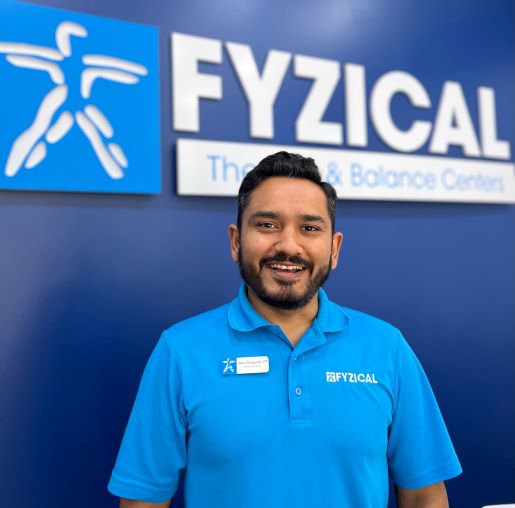 Jiten was born and raised in Ahmedabad, India and grew up knowing he wanted to help others in a profession he was passionate about.  His journey began as a child, he had an accident and had to undergo physical therapy for months himself. This led him to his ultimate goal of helping people in a different way, though the physical therapy profession.  When it was time to decide his future in college, he had the choice of pharmacy school or physical therapy school, it was a ‘no brainer’ for Jiten, as he went on to become a Physical Therapist.

Jiten attended physical therapy school in Bangalore, India. He moved to the United States in 2009 to live with his family and pursue his dream of becoming a licensed physical therapist, he was ready to put his goal into action.

When you meet Jiten, one will quickly learn he is witty, funny and outgoing.  He loves to spend his time playing cricket, hiking, motorcycle riding and travelling to learn about history.  Jiten shares his life with his wife Rltu and his two young children, Veer and Kesar.

Jiten’s encourages others with some of his favorite quotes:

"Prevention is better than cure" and "The first wealth is HEALTH".