Dr. Hornsby opened his Franklin, NC private practice in September of 1992 after spending several years at the renowned Hughston Clinic and Rehabilitation Services of Columbus, Ga. His primary emphasis at that time was Sports Medicine, Orthopedic Rehabilitation and Electrodiagnostic Testing. He was given the opportunity to treat elite athletes and VIPs from all over the world. He also served as faculty for courses in “EMG/NCV Testing in Orthopedics”. He became the Director of the facility at Palmyra Park Hospital in Albany Georgia serving in that capacity until 1990.

In 1992, Dr. Hornsby moved to the Franklin, NC where he built HealthWorks- The Rehabilitation Center and served as the clinical Director. HealthWorks became the largest, state of the art physical therapy facility in Western North Carolina. He was pleased to work alongside some great Physical Therapists during that time—many who are now very successful in their own private practices.

In 1994, Dr. Hornsby became a Board Certified Clinical Specialist in Clinical Electrophysiology (ECS), the specialty area that involves neuromuscular testing (EMG/NCV). After a strict qualification process, certification applicants must pass an 8- hour exam administered by the National Board of Medical Examiners. To maintain the certified specialist designation, individuals must re-certify every 10 years. Dr. Hornsby is one of only approximately 150 physical therapists nationwide to have achieved this specialty designation.

Master’s Degree in Physical Therapy: The University of Alabama at Birmingham, 1985

Lauren Avery is someone who loves the mountains, loves being on the water, loves hiking, and loves family. She is from Plumtree, NC, a small town in Avery County, and grew up on an agricultural family farm. Her educational journey started at Avery County High School where she enjoyed playing basketball and tennis, it then went to the Tarheel territory where she graduated from UNC Chapel Hill in 2013 with a B.A. in Biology, and finally ended in Buies Creek, NC where she graduated from Campbell University with her Doctorate of Physical Therapy in 2016. She comes from a family of five including her parents who work in Christmas trees, grading/construction work, and landscaping and her two younger brothers who currently work in the family business. In addition to working with orthopedic patients of all ages she has recently received certification in balance level 1 and 2 training to help address the growing need of fall prevention in the community.

Dr. Joe Jackson was born and raised in Birmingham, AL. He attended the University of Alabama for his Bachelor's Degree (Roll Tide!) and attended the University of Alabama at Birmingham for his Doctorate in Physical Therapy. Prior to moving to Franklin, Joe worked in home health physical therapy in Dadeville, AL. Joe is excited to join the FYZICAL team and have the opportunity to treat a diverse population of patients. During his time in home health, he realized the importance of balance training and fall prevention in the geriatric population, and since this is one of FYZICAL's specialties, he is able to continue to focus on an area that is important to him. Joe loves to hike and be outdoors, so moving to Western North Carolina has been amazing. Joe hopes his time here will lead to good relationships, growth in God, and improvement in patient's lives.

Lance is a native of rural Kansas and graduated with his Bachelor’s Degree from Washburn University in Topeka, KS in 2005. Several years later he had a four-wheeling accident that began his journey in physical therapy. He went back to school and received his Physical Therapist Assistant degree from Chattanooga State and moved to Western North Carolina in 2013 to begin working at HealthWORKS and FYZICAL. Lance is married to Elizabeth and has two wonderful children. Has completed level I and level II balance training. His favorite basketball team is the Kansas Jayhawks!

Mikayla Harris graduated from Southwestern Community College with her degree as a physical therapist assistant in 2015. She is Level 1 and Level 2 balance certified through Fyzical. This certification allows her to treat patients with vestibular and balance issues. She does enjoy treating all realms that the outpatient physical therapy setting allows. Her passion is for pediatrics due to her love for children and youth.

Mikayla lives in Sylva with her husband and young son. She enjoys spending time with her family and friends as well as helping with the youth at her church. She is native of Conyers, Georgia but has been in the western North Carolina area most of her life. She enjoys the beauty of the mountains and the activities that come with living in such a recreational area. And lastly, Go Georgia Bulldogs!! 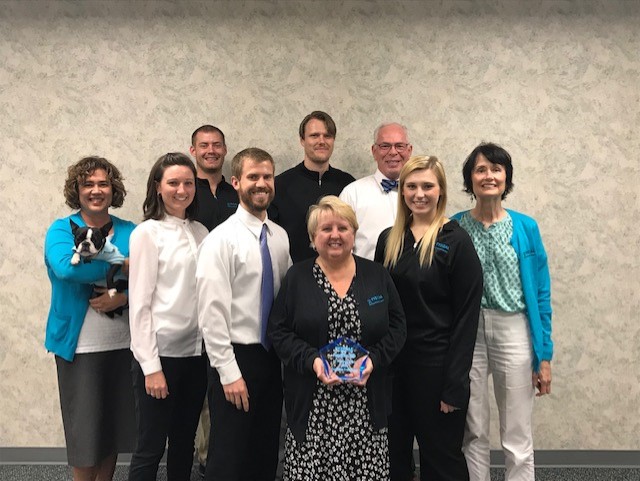 Thank you for signing up.
You have been added to our newsletter list.