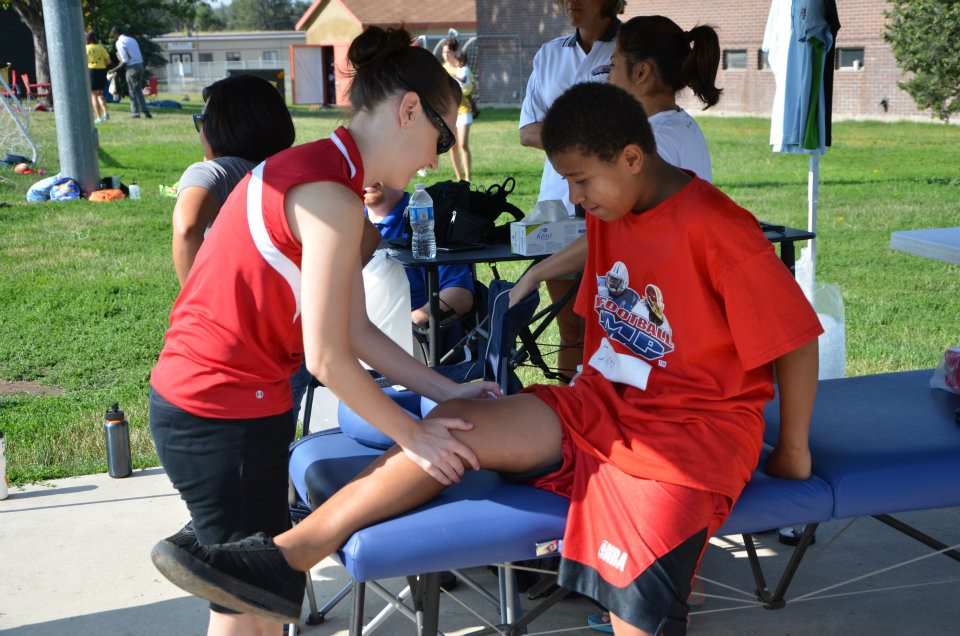 The employees at FYZICAL take pride in being a strong presence within the community. From Little League Football players to Olympic athletes, we cover all levels of athletics. We enjoy giving back as a team to the community which we all share. We provide Sports Medicine staff to a variety of schools and programs including on field/mat side care.

Our physical therapists enjoy being a part of high school athletic programs and helping those athletes rehabilitate their injuries and return to the sport they love as quickly and safely as possible. Our “Bump and Bruise” program has been extremely effective in getting athletes the care and support they need to compete at their best.

The Pikes Peak Miners is a AAA Competetive Youth Developmental Hockey League. Their mission is to “provide elite youth hockey players the opportunity to develop advanced hockey skills in a program that places emphasis on sportsmanship, integrity, disicipline, and character.” Keep an eye out for former Miners playing in the NHL, AHL, and ECHL as well as in NCAA schools across America. We started covering games for the Miners in 2010 and are anxious to see players evolve and succeed.